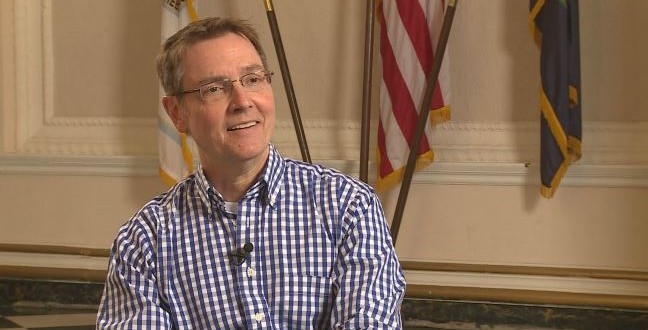 Lexington Mayor Jim Gray will file to run for the U.S. Senate Tuesday morning as a Democrat, declaring his candidacy to unseat Republican U.S. Sen. Rand Paul on the day of Kentucky’s filing deadline.

Gray, 62, told the Herald-Leader Monday night that he decided to challenge Paul last week, and he “absolutely” believes he can win despite the state’s rightward lurch and widespread disapproval of President Barack Obama.

“I feel like that there’s an environment in Washington that’s toxic, and people across the country, and including Kentucky, are looking for alternatives,” Gray said.

The chairman of Gray Construction, a successful family business, Gray is in his second term as mayor. He said both experiences have taught him “that leading isn’t just about talking — you’ve got to listen as well.”

Four other relatively unknown Democrats have already declared their candidacies. If successful, Gray would become the second openly gay member of the US Senate after Wisconsin Sen. Tammy Baldwin. You may recall that last year Rand Paul succeeded in pushing through a Kentucky rule change which allows him to simultaneously run for the Senate and the presidency.

RELATED: In 2011 Gray told his life story for the gay YouTube series I’m From Driftwood.

(Tipped by JMG reader Will)