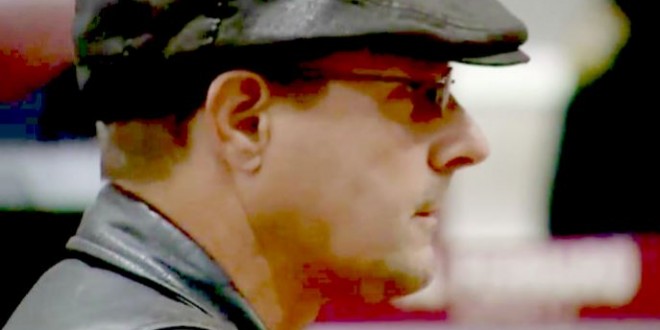 On Tuesday night a man named Roy Bay stunned the Jacksonville City Council when he spoke against a proposed LGBT rights bill by confessing to being a pedophile. You’ll be shocked to learn that Bay belongs the local church which is spearheading opposition to the bill. Not only that, he worked for them AND still lives on church property. Florida Politics reports:

Bay said that he molested kids in St. Louis. Either he’s telling the truth about it. Or he lied to make a point, which somehow met with the favor of his church group, and anti-HRO agitators like Raymond Johnson, who lauded Bay in his public comment.

Bay, as it turns out, is associated with the Evangel Temple, whose Garry Wiggins is, along with Ken Adkins, one of the major players in the anti-HRO media campaigns that are explicitly designed to bully black Council members from voting their consciences on this issue.

That same Evangel Temple bussed people in to this event. Was Roy Bay bussed in? Bay, who posts lots of inspirational memes on his Facebook page, doesn’t seem to have any engagement with people on his posts, an indicator, perhaps, of social isolation.

Other sources report that Bay did leave the city council meeting in a church van. More from WJXT-TV:

Pastor Gary Wiggins Evangel Temple said he was shocked about what was said last night. Wiggins said Bay had worked several years as a maintenance man, but that job ended since September and that Bay and his wife still lived on the property.

“We had no knowledge of his claims he made before the City Council until last night. In response to his [Bay] claims the church is taking appropriate actions to safeguard the families and children of our congregation,” Wiggins said. “We encourage and want the police to do a full investigation serving justice as appropriate.”

Wiggins told the congregation Wednesday night the church’s doors are open to anyone and with that comes people who are broken and many times turn to the church for help. The congregation prayed over the Bay situation.

And as many of us speculated yesterday:

Both sides were discussing the HRO issue at the meeting last night. Some people think Bay was specifically planted there to interrupt an important issue.

Local media notes that the church’s webcast abruptly cut off last night when the pastor began to speak about Roy Bay.

Previous Bryan Fischer Has The GOP Super Sadz: They Have Officially Embraced Sodomy-Based Marriage [VIDEO]
Next Sarah Palin: Obama Is “Bending Over” For Iran