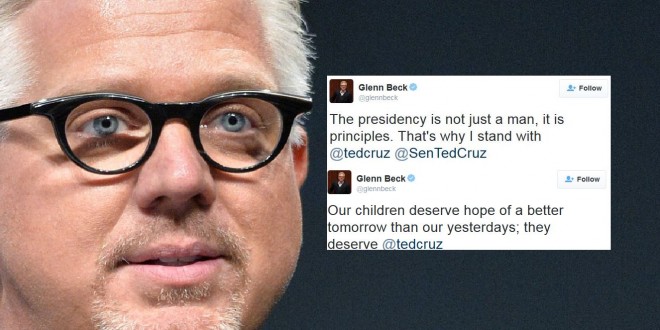 One day after he declared that Donald Trump has the makings of the next Adolf Hitler, Glenn Beck formally endorsed Ted Cruz while standing next to fellow nutjobs David Barton and Bob Vander Plaats. CBS News reports:

Previous Donald Trump: I Could Shoot Somebody In The Middle Of Fifth Avenue And Not Lose Any Voters [VIDEO]
Next IOWA: State’s Largest Newspaper Endorses Hillary