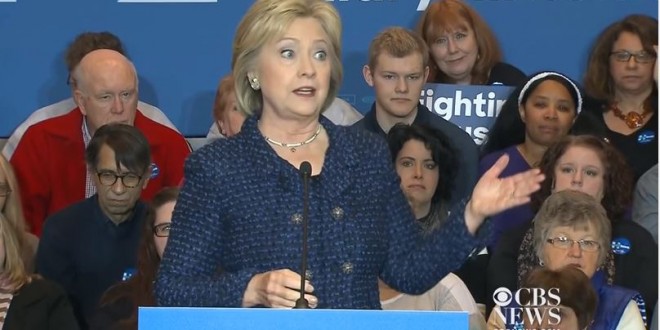 As Hillary Clinton closes in on the final days of campaigning in Iowa, she launched a new broadside against her principal Democratic rival, Sen. Bernie Sanders (Vt.), over his inability to advance a single-payer health-care plan throughout his decades in Congress.

“Senator Sanders has been in Congress for 25 years,” Clinton said at a rally at Simpson College on Thursday. “He never got even a single vote in the House or a single Senate co-sponsor. Not one.”

“You hear a promise to build a whole new system, but that’s not what you get,” she added. “You’ll get gridlock and an endless wait for advances that never come.”

“In theory, there’s a lot to like about some of his ideas,” Clinton said. “But ‘in theory’ isn’t enough. A president has to deliver in reality.”