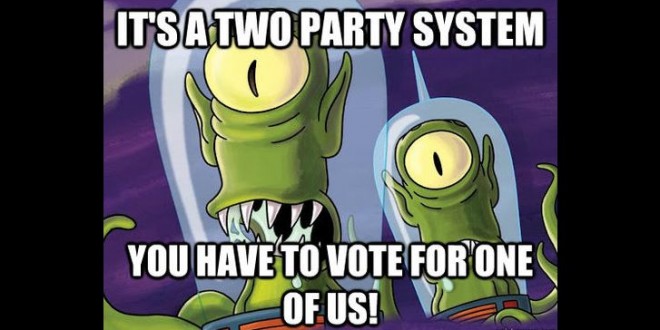 Hillary Clinton: Aliens May Be Among Us

In a meeting with the editorial board of a New Hampshire newspaper, Hillary Clinton yesterday promised to investigate whether the federal government has covered up visits by alien civilizations. We’re pretty sure she was joking. The Conway Daily Sun writes:

During the meeting, the former first lady, former senator from New York and secretary of state answered serious questions about foreign policy and the economy, and at the end, she chatted with this reporter, who had asked her about UFOs in 2007 while working for the Cabinet Press in Milford, NH. She recalled that 2007 exchange with a smile and seemed to have fun discussing the topic.

“Yes, I’m going to get to the bottom of it,” said Clinton with enthusiasm. Back in 2007, Clinton had said that the No. 1 topic of freedom-of-information requests that her husband, former President Bill Clinton, received at his library was UFOs. Last year, Bill Clinton told late-night TV host Jimmy Kimmel that he wouldn’t be surprised if Earth is visited by aliens since so many planets out there may support life.

“I just hope it’s not like ‘Independence Day,'” said Clinton, referring to a movie about alien invaders. When asked about her husband’s nonchalant comment about contact with the third kind, Hillary Clinton responded: “I think we may have been (visited already). We don’t know for sure.”

The paper notes that Clinton mistakenly referred to “Area 54.” Which would be a great name for an alien-themed nightclub.