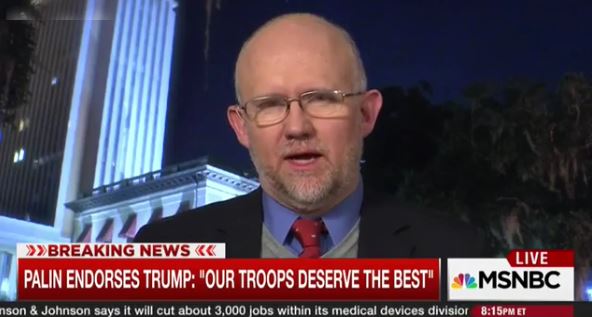 “I think that there is definitely still a very significant portion of the party that is a limited government conservatism based faction of the overall coalition. Now the screamers and the crazy people on the ‘alt-right’ as they call it, you know, who love Donald Trump, who have plenty of Hitler iconography in their Twitter icons and names… who think Donald Trump is the greatest thing. Oh, it’s something. But the fact of the matter is most of them are childless, single men who masturbate to anime. They’re not real political players. These are not people who matter in the overall course of humanity.” – GOP strategist Rick Wilson, speaking last night on MSNBC.