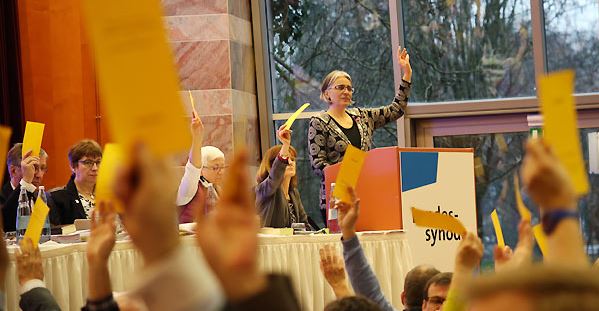 A group of Evangelicals controlling 719 parishes in Germany have said they will start marrying gay and lesbian couples.

The Evangelical Church in the Rhineland, Germany’s second-biggest territorial church, voted on the decision during their synod today (15 January).

It is also the second territorial church area out of 20 to open marriage ceremonies to all couples; the Evangelical Church of Hesse-Nassau was first to adopt a similar change in church constitution.

Only seven out of 211 voting attendees voted against treating same-sex marriages the same as their straight counterparts and allowing all couples to sign the church register.

Until now, gay couples could only receive a consecration or blessing, which does not count as a religious ceremony. The new change in church constitution abolishes this separation.

RELATED: Germany’s lower legislative chamber, the Bundestag, will soon consider two same-sex marriage bills. They are not expected to pass.