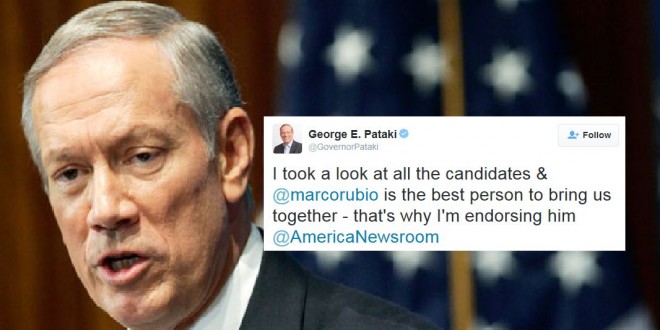 Former New York Gov. George Pataki, who suspended his own presidential bid late last month, this morning appeared on Fox News to announce his endorsement of Marco Rubio. Which is as game-changing as yesterday’s endorsement of Ted Cruz by Rick Perry. For his part, Donald Trump has yet to win the endorsement of any sitting governor or member of Congress, although yesterday Sen. Jeff Sessions gave Trump his “unofficial” nod.