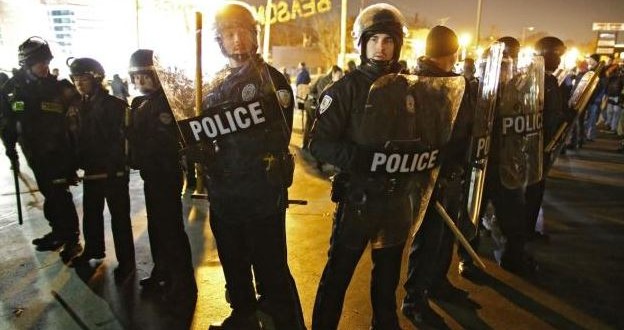 Four US Cities Ranked Among World’s 50 Most Violent

St. Louis, Baltimore, Detroit, and New Orleans have been ranked among the world’s 50 most violent large cities based on homicides per 100,000 residents. Brazil has a staggering 21 cities on the list. From the Daily Mail:

Latin America features highly in the ranking, released by Mexico’s Citizens’ Council for Public Security and Criminal Justice, as it is home to some 41 of the cities listed. Drug trafficking, gang wars, political instability, corruption and poverty are to blame for the high homicide rates across the region, which has just 8 per cent of the world’s population, according to UN data. But the list doesn’t just include Latin America, with U.S. cities St Louis, Baltimore, Detroit and New Orleans also featuring.

Venezuela’s capital city Caracas has taken the top spot for the ranking – which is based on the number of homicides per 100,000 inhabitants of the city in 2015, and doesn’t take war zones into account. Just this month, Venezuelan first lady Cilia Flores insisted that two of her nephews have been kidnapped by the U.S. authorities, after they were indicted on drug trafficking charges.

Caracas snatched the Number One place from San Pedro Sula, in Honduras, which had been in first place for the past four years. Venezuela’s increasingly volatile political and economic situation has been blamed for the spike in violent crime.The ranking only takes into account cities with a population of more than 300,000, and doesn’t include deaths in combat zones or cities with unavailable data – this explains why some cities that would be expected on the list don’t feature.