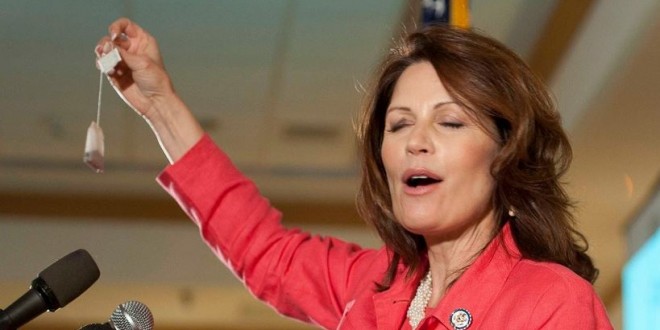 Former Rep. Michele Bachmann: Christians Are Living Under The “Tyranny” Of The Hate Crimes Act [VIDEO]

“It’s political correctness that rules the day. So when you’re part of a favored group, then you get special benefits that nobody else gets. That’s the very form of tyranny because when government supposedly gives something — government has nothing to give, they have to take it away from other people. So when they give it to that certain group, that means, by definition, they’re taking it away from you.” – Michele Bachmann, speaking about the Hate Crimes Act in a new DVD series by David Barton.