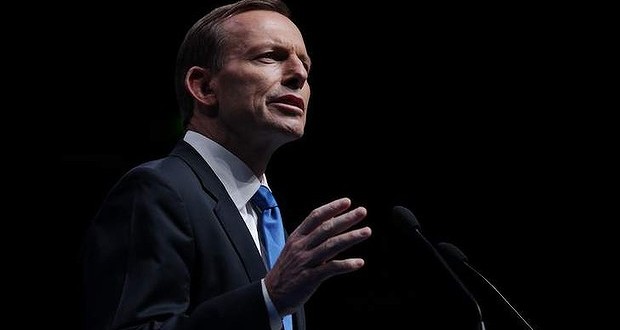 As I reported earlier this week, former Australian Prime Minister Tony Abbott was flown to New York City yesterday by Alliance Defending Freedom. We now have the transcript of the speech he made to them at Manhattan’s Palace Hotel. An excerpt:

For families, in Western countries at least, there’s the challenge of paying the rent or the mortgage; balancing family and career; and being true to each other in all life’s pressures.

Amidst all this, if we really think it best, we could change the definition of marriage in Australia, as it has already been changed in countries like Britain and New Zealand.

Indeed, around the world, some 17 countries now provide for same sex marriage. But 176 don’t – and few of them are likely to change any time soon. Now, I know that numbers aren’t the only test – but it’s hardly self-evident that the 17 that have changed are right and that all the others are wrong.

Not long ago, most gay activists rejected marriage as an oppressive institution. Now, they demand as their right what they recently scorned; they demand what was unimaginable in all previous times and still is in most places. They are seeking what has never been and expecting others to surrender what always has. It’s a massive ask; for me, an ask too far.

I support people’s right to make a case for the things they believe, and want them courteously heard; but policy makers should strive to hold the common ground. In today’s world, we need less ideology and more common sense; we need less impatience and more respect; we need less shouting at people and more engagement with them.

We shouldn’t try to change something without understanding it, without grasping why it is that one man and one woman open to children until just a very few years ago has always and everywhere been considered the essence of marriage and the heart of family.

Of course, we can’t shirk our responsibilities to the future; but let’s also respect and appreciate values and institutions that have stood the test of time and pass them on, undamaged, when that’s best.

Earlier in his speech, Abbott trumpeted Australia’s decriminalization of homosexuality. One wonders if he knows that Alliance Defending Freedom strongly opposed Lawrence V Texas and continues to advocate for its repeal.

RELATED: Abbott’s lesbian sister has fired back on Twitter. Previous Donald Trump: Ted Cruz Is An Anchor Baby [VIDEO]
Next Not At All Indoctrination: Catchy Kids Tune Demands “Always Submit To The Church Administration” [VIDEO]