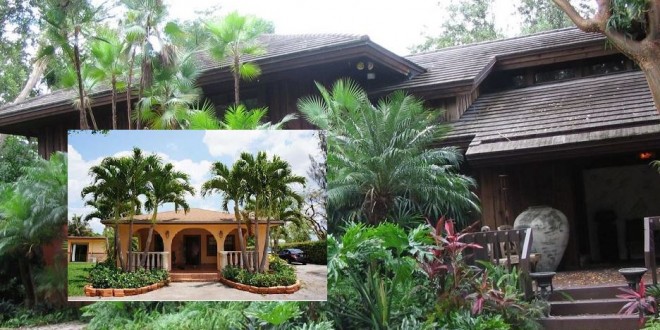 From the Miami Herald:

Internet aggregator Matt Drudge sure has become a generous man after 20 years as the left’s whipping boy and the conservative right’s digital voice. Drudge last week gave away half of his real estate holdings in the far south Miami suburb of Redland.

If you believe the quitclaim deed that appeared in records Jan. 15, the founder of The Drudge Report surrendered the property that’s adjacent to his $1.45 million homestead to a man with whom he shared the same addresses for the past 11 years.

The lucky new homeowner was identified as Juan Carlos Alvarado, 55. He did have to pay Drudge a grand total of $10, the paperwork shows.

Florida state records show Alvarado once held a real estate license and has lived alongside Drudge in a Collins Avenue condo, a $1.57 million house in the Venetian Isles in Miami Beach and, finally, on Southwest 157th Avenue, where Drudge has been assembling land.

The same author of the above-linked article has written a somewhat different take on the story for Gossip Extra. The pertinent excerpt:

Conservative Internet aggregator Matt Drudge sure has become a generous man after 20 years as the Left’s whipping boy and the Right’s digital voice. Or is he finally admitting he is as gay as those he’s been bashing for two decades?

Drudge last week gave away half of his real estate holdings in the far west Miami suburb of Redland to a man he is not related to but has lived with since 2004. Drudge has denied repeatedly he is gay, even claiming a few years back he was close from getting married to a woman “with boobs,” and is known to run stories generally portraying gays in a negative light.

Both stories note that tax-saving quitclaim deeds typically result from divorces or to transfer property between family members. In the top photo is Drudge’s main $1.6M house on the property. The inset is the gifted house. As noted above, Drudge owns other homes, including a $2M Arizona mansion purchased last year.