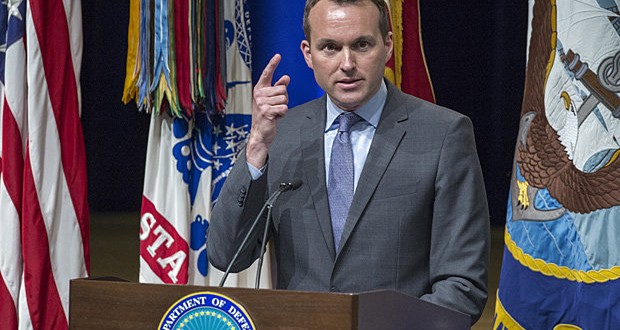 Family Research Council: Confirming Eric Fanning As US Army Secretary Will Be A “Cultural Landmine”

Last night the Family Research Council issued a thousand-word press release which denounces President Obama for his “sexual experimentation” in nominating Eric Fanning for US Army Secretary. An excerpt:

What the White House didn’t destroy with budget cuts, it devastated with sexual experimentation. Now, with the Army desperately struggling to meet recruitment goals, President Obama is nominating an activist who will drive people farther away: Eric Fanning. The former Air Force Secretary has been the White House’s pick to take over for Army Secretary John McHugh, who stepped down last fall. But after months of serving as the acting leader, Fanning continued to hold the job without the Senate’s vetting — exasperating Republicans like John McCain (R-Ariz.). “You don’t put people in jobs until they are confirmed by the Senate,” he said last week. “That’s pretty straightforward.”

Confirmations like Fanning’s are only setting in place moral and cultural landmines that are sure to detonate when Obama leaves. At the very least, Americans deserve honest answers about what Fanning plans to do to protect the rights of every soldier. What kind of policy guidance would he give so that commanders don’t discriminate against men and women of faith? When Fanning worked for the Air Force, a branch with one of the worst records on religious liberty, FRC directly appealed to him to stop the Christian persecution of servicemen like Master Sergeant Phillip Monk. Instead of intervening, Fanning brushed off the concerns of more than 56,000 petition signers and did nothing to help.

With ISIS torching its way across the Middle East, our military is torn between its role securing America and securing this president’s radical social agenda. The Senate needs to decide: does it want an army of political operatives or a force defending America? Because the latest crises prove that our military can’t — and shouldn’t have to — do both.