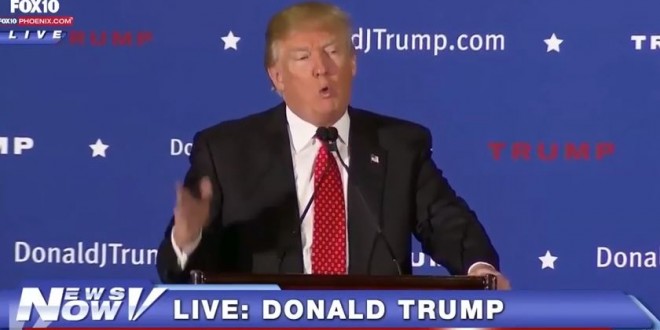 And the civil war ratchets up yet another notch. Via The Hill:

Donald Trump slammed Ted Cruz as a Canadian “anchor baby” during a Friday rally in New Hampshire as he continues to ratchet up the attacks against his closest polling rival days before the Iowa caucuses. “Ted Cruz may not be a U.S. citizen,” Trump said at a town hall in New Hampshire.

“Ted Cruz is an anchor baby in Canada, but Canada doesn’t accept anchor babies.” The term “anchor babies” has been used by Trump and others to describe the children of parents who came to America so that their child could be a U.S. citizen by birth.

Trump faced significant criticism over the summer for using the term in his call to seal the borders but has doubled down and said he’ll continue to use the word. Adding that Cruz got “beaten up pretty badly last night,” he predicted that Cruz’s poll numbers would drop ahead of the Iowa caucuses on Monday.