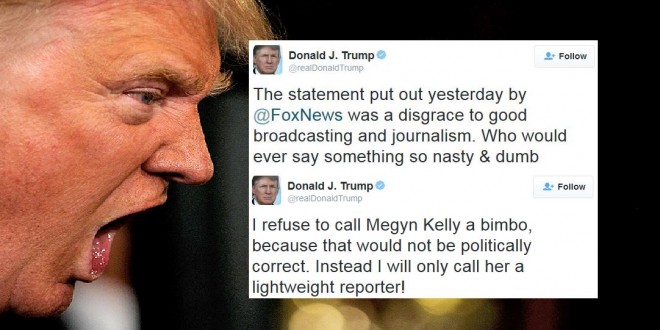 Donald Trump this morning continued his attack on Fox News with the above hilariously oblivious tweet. After Trump announced his boycott of tomorrow’s Fox debate, Ted Cruz challenged him to a one-on-one debate to take place before the Iowa Caucus on Monday. Stand by on that. Below is the Trump campaign’s official statement on the boycott.