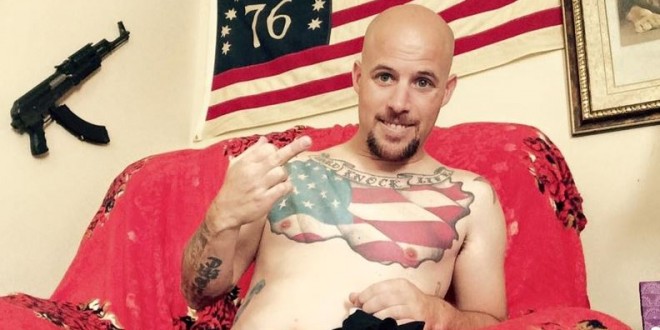 Earlier in the evening, following the arrests in Oregon, Ritzheimer, wrote on Facebook, “I came home to visit my family. The Feds know I am here and are asking me to turn myself in.” “I just want the country to live by the Constitution and I just want the government to abide by it,” he wrote. He also asked for donations to help pay for an attorney. Ritzheimer faces the same charge as the six other militants arrested on Tuesday: conspiracy to impede officers of the United States from discharging their official duties through the use of force, intimidation, or threats.