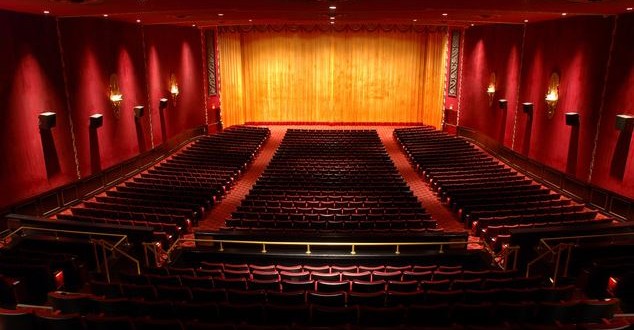 The Ziegfeld Theater, the largest single-screen movie house in Gotham and host to countless red carpet premieres, will close shortly to become a “luxury events” venue. Via the New York Daily News:

The massive Art Deco movie theater, which opened in 1969 and is now showing, “Star Wars: The Force Awakens,” is expected to shut its doors in just a few weeks. The theater is expected to reopen in the fall of 2017 as the Ziegfeld Ballroom — a high-end event space for corporate events. “There’s a full renovation that’s going to occur,” said Allan Kurtz, managing director of Gotham Hall, the special events company that will be moving in. “The timeline isn’t finalized yet.”

Kurtz, who once served as the managing director of Tavern on the Green, said he has a 20-year lease for the column-free space on W. 54th St. The new Ziegfeld will pay homage to its history by keeping a large silver screen. “We hope to do movie screenings,” Kurtz said. In its current incarnation, the 1,131-seat theater is estimated to have been losing up to $1 million a year. “There was not a profitable business there,” he said. “They were losing money, the economics no longer work as a single-screen movie theater.”

The building is owned by Cablevision, which also runs Madison Square Garden through a subsidiary.

RELATED: A few years ago I collared my buddy Dr. Jeff to attend what I thought was a routine advance screening for Madonna’s historical drama E.W. I hadn’t noticed the theater’s name on the emailed invite and only when we arrived at the Times Square address did we realize we were at the Ziegfeld for the movie’s world premiere. Wearing cargo shorts, ratty t-shirts, and ball caps, we were then ushered past a slew of boldface names to our seats at the front of the house with the rest of homo press and gay glitterati, all of whom were, of course, spectacularly outfitted. Dr. Jeff’s fury with me was only slightly mitigated when Madonna stood close to us to field questions before the film began.