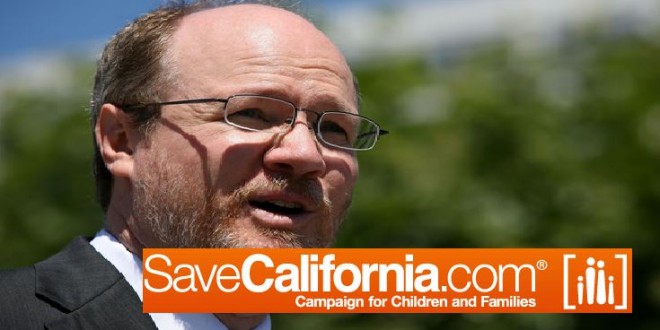 Randy Thomasson, head of the viciously anti-LGBT group Save California, today issued a press release in which he urges fellow crackpots not to support fake conservative Donald Trump, whose love for LGBT rights proves that he hates White Jesus. He writes:

Talk is cheap and campaign promises are a little better. But what you’ve done in the past is the most reliable indicator of what you’ll do in the future. The leading Republican presidential candidates both say they support family values, but the actual records of Donald Trump and Ted Cruz reveal whether this is true or false.

He wants a new federal law punishing private business owners who won’t hire homosexuals or transsexuals. He is for open homosexuality and transsexuality in the U.S. military. He supports pro-“LGBT” “hate crime” laws. He opposes a constitutional amendment protecting marriage for only a man and a woman. He supports making every state perform homosexual “weddings”. He enjoyed attending a same-sex “marriage” ceremony.