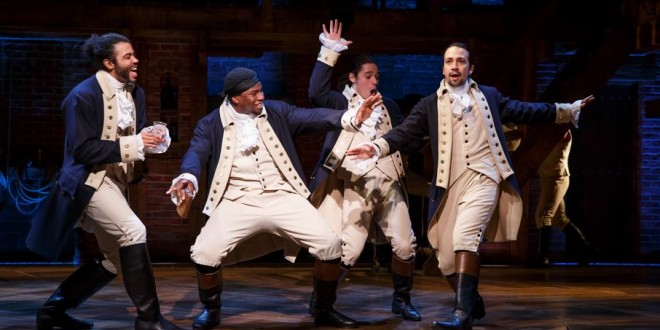 Many are calling Hamilton the most sought-after ticket on Broadway since the 2001 launch of The Producers, but with that wild demand inevitably comes the scammers. Via Playbill:

The producer of the Broadway phenomenon Hamilton put a new block of legitimate tickets on sale today, and accompanied it with a caveat emptor to those tempted to buy from scalpers. Previously on sale through Oct. 30, 2016, tickets are now on sale through Jan. 22, 2017, for American Express cardholders only, via phone at (877) 250-2929 and online at Ticketmaster.com or at the box office of the Richard Rodgers Theatre, 226 W. 46th Street in New York. Tickets for the new block will go on sale to the general public on Feb. 2. Single tickets range in price from $67 to $177.

“When Stephen Colbert hosted the Kennedy Center Honors a few weeks ago he asked in his opening monologue, ‘Can anyone get me tickets to Hamilton?’ Here’s the deal. I know you want to see Hamilton soon. We have a new block of tickets on sale today for American Express cardholders to the general public on 2/2. I know it’s tempting to get tickets any way you can in order to see it soon. But that’s risky! There are many people and sites that are selling wildly overpriced, and in some cases, fraudulent tickets. HamiltonBroadway.com is the safest way to get real tickets at regular prices. You can also visit our box office. Yes, you will have to ‘wait for it.’ But I promise. The wait will be worth it.”

The show has worked to placate disappointed theater lovers with a daily $10 ticket lottery but even that website recently crashed when 50,000 people tried to win tickets for that day’s performance. On some nights more than a thousand fans have lined up in person outside the theater for the lottery.

Previous POLL: With Bloomberg In The Mix
Next TORONTO: PFLAG Launches School Posters With Special Pro-LGBT Message Visible Only With Camera Flashes