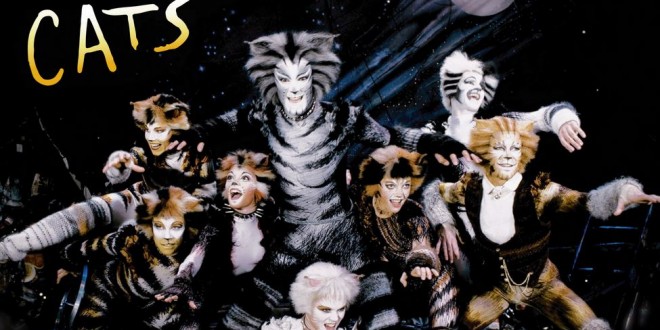 Now and forever and again and again. Playbill reports:

Grizabella is headed for the Heaviside layer once more! Broadway’s The Shubert Organization and Nederlander Organization are teaming up to produce the long-rumored revival of the Andrew Lloyd Webber/T.S. Eliot musical Cats this summer.

The onetime longest-running show in Broadway history has booked the Neil Simon Theatre, with previews beginning July 14 and an official opening set for Aug. 2.

Trevor Nunn, who staged the original London and Broadway productions, will direct the revival. His creative team includes Mick Potter (sound design), Natasha Katz (lighting design) and John Napier (scenic and costume design). It will have choreography by Andy Blankenbuehler, based on the original choreography and associate direction by Gillian Lynne.

The original production of Cats ran for just under 18 years, currently placing it as the fourth longest-running Broadway show behind The Lion King (18 years), the revival of Chicago (19 years), and Phantom Of The Opera (28 years later this month.) The top three are still running.