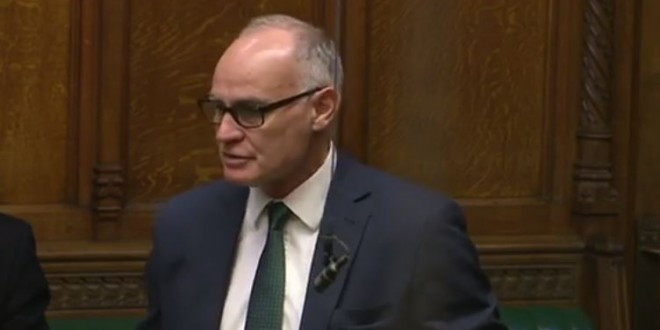 A Conservative MP has told the House of Commons he is a user of the popper recreational drug and a ban on its supply would be “fantastically stupid”. Ex-minister Crispin Blunt said users of the drug were “astonished” by talk of a ban and respect for the law “would fly out of the window” if it happened.

Supplying the drug, which is popular with gay men, could be outlawed under the Psychoactive Substances Bill. MPs have rejected calls to exempt poppers from the legislation. Following a debate in the Commons, they voted by 309 to 228 against the move.

“There are sometimes that something is proposed which becomes personal to you and you realise the government is about to do something fantastically stupid and in those circumstances one has a duty to speak up,” he said.

“I use poppers. I out myself as a user of poppers. I am astonished to find it (the government) is proposing it to be banned and frankly so would many other gay men.” Mr Blunt, who publicly came out in 2010, said the drug had been used for decades and a ban would “simply serve to bring the whole law into disrepute”.

The Home Affairs select committee opposes a ban on poppers, saying it has not been thought through and that the Advisory Council on the Misuse of Drugs has concluded that their misuse is “not seen to be capable of having harmful effects sufficient to constitute a societal problem”.

Labour spokeswoman Lyn Brown told the Commons that she had heard that use of the drug “enhances sexual experience”. The shadow Home Office minister said her party supported the government in tackling “the scourge of these dangerous substances” but opposed a specific ban on poppers, saying they had been in use for 30 years and no government had sought to ban them.

“I am greatly disappointed the government has chosen not to place poppers on the exemptions list,” she said. “I do believe this will undermine the bill and place popper users, particularly men who have sex with men, at greater use of harm.”

RELATED: Blunt is the uncle of actress Emily Blunt (The Devil Wears Prada, Edge Of Tomorrow). Prior to his 2010 coming out and subsequent divorce from his wife, Blunt’s voting record in Parliament was described on Wikipedia as having been “broadly unsympathetic” to LGBT rights. Going back to his election in 1997, Blunt either voted “no” or was absent on important votes on civil partnerships, anti-gay bullying, and age of consent parity. However in 2007 he voted with the majority to approve the Equality Act. In 2012 Blunt recorded a video in support of marriage equality.