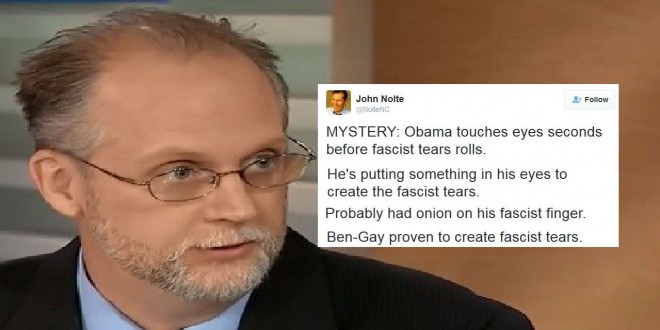 Breitbart Editor: Obama Put Something On His “Fascist Finger” To Fake “Fascist Tears” For Dead Kids

Raving nutbag Breitbart editor John Nolte has fired off a half-dozen tweets in which he claims that President Obama smeared something on his “fascist finger” before touching his face to create “fascist tears” for the children murdered in mass shootings. We must presume that like the NRA, Nolte is a heartless ghoul who celebrates every time a toddler takes a bullet to the head.