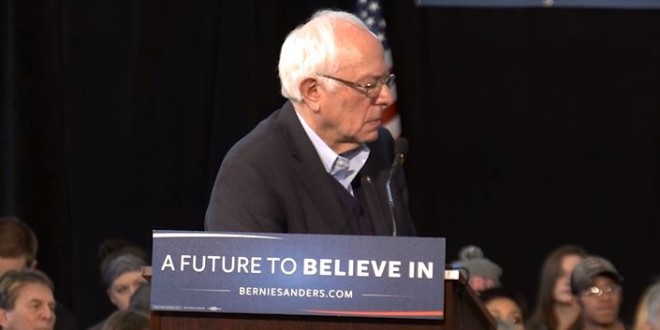 A crowd at a Bernie Sanders’ event in Iowa Monday witnessed a woman break down in tears as she described what life is like living on just $12,000 a year, prompting the senator to try to console the emotional woman. At the event in Iowa Falls, the Vermont senator asked the crowd if anyone knew what it was like to live on $12,000 a year, or roughly the amount a full-time worker would earn making minimum wage.

One woman, who has yet to be identified, stood up and told the crowd about her experience. “It’s so hard to do anything, to pay your bills,” she said while crying. “You’re ashamed all the time.” “When you can’t buy presents for your children, it’s really, really hard. I worked three, four, five jobs sometimes, always minimum wage.” She noted that her parents have to support despite the fact that she has a degree. She claimed that she is divorced and living off of disability checks.

“It is not easy for people to stand up and say that. But the truth is that until millions of people that are experiencing exactly what you guys are experiencing do say that, we don’t make change. So, I thank you for saying and for telling us what’s going on in your lives. Because the truth is you can’t make it on $12,000, you can’t live in dignity on $10,000 or less.”