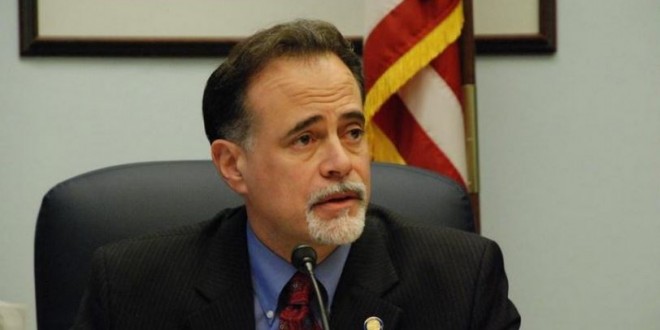 Alaska GOP state Sen. Peter Micciche today pre-filed a bill which would allow businesses to refuse “services, accommodations, facilities, goods, or privileges” to any married or engaged same-sex couple. A companion bill has also been pre-filed in the Alaska House by GOP Rep. Dave Talerico. Via Alaska Commons:

Rather than fix the unenforceable and obsolete provisions rendered unconstitutional by the U.S. Supreme Court, Micciche and Talerico have proposed an alternative which would defy Obergefell and sanction discrimination against same-sex marriages. Anyone would be legally empowered to decline to solemnize the marriage — and the proposals are not limited to the officiant. As the bills note:

“The state or a municipality may not penalize a person who is permitted to solemnize a marriage… for refusing to solemnize a marriage or refusing to provide services, accommodations, facilities, goods, or privileges for a purpose related to the solemnization, formation, or celebration of a marriage. In this subsection, “penalize” means to take an action affecting a benefit or privilege guaranteed to the person by law, including a tax exemption or state or municipal contract, grant, or license.”

The sanctioning of refusal of services for a same-sex wedding could serve to undermine Anchorage’s newly passed anti-discrimination law, passed in September, which protects residents of Alaska’s largest city against “discrimination based on sexual orientation and gender identity.” It was the first law of its kind in the state.