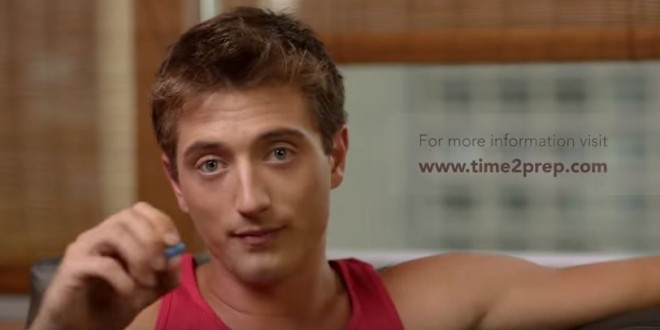 Via press release from the ever-combative AHF:

Advocates from AIDS Healthcare Foundation (AHF) stepped up efforts to ensure that Gilead Sciences, Inc. be held accountable for promoting off-label use of Truvada for use as pre-exposure prophylaxis (PrEP) to prevent HIV infection. AHF also wants Gilead to be compelled to promote and market use of its AIDS treatment in accordance with FDA statute and regulations as well as other applicable law.

On Thursday, AHF sent a letter to Dr. Stepehn Ostroff, M.D., Acting Commissioner of the U.S. Food and Drug Administration (FDA), alerting him to the fact that Gilead financed a video ad campaign promoting situational use of its AIDS treatment, Truvada, for PrEP, misleading viewers into believing that Truvada is safe and effective for use on a situational basis, despite knowing that the drug is not FDA-approved for such off-label use.

AHF’s letter to the FDA came about following publication of a news article on Australia’s ‘Gay News Network’ titled, “New US PrEP Ads Target Men Who Like to Party,” which focuses on a video ad that appears to promote situational—rather than daily—use of Truvada for PrEP for “… men who enjoy recreational sex and drug use but do not test regularly for HIV.” The article noted, “The campaign is supported by Gilead Sciences, manufacturer of Truvada.” The TV ad, titled, “I Like to Party,” also includes a slate at the end of the spot reading: “Supported by funding from Gilead Sciences.” The ad also credits Public Health Solutions, a New York City-based non-profit and Connected Health Solutions, a Brooklyn-based “organizational development consultancy” on the slate at the end of the ad.

“Gilead, which we believe has been deliberately mounting an under-the-FDA-radar, guerilla-style marketing and media campaign for PrEP for the past three years by funding scores of community and AIDS groups across the nation to promote PrEP, has run afoul of the FDA by funding this ad promoting off-label use of PrEP,” said Michael Weinstein, President of AIDS Healthcare Foundation, which has criticized and cautioned against the widespread deployment of PrEP as a community wide public health strategy, such as the CDC’s recommendation that 1.2 million individuals go on PrEP, but supports its use on a case-by-case basis decided upon between a medical provider and his or her patient.

In 2012 the FDA approved Truvada as a daily HIV preventive to be used in conjunction with condoms. Studies have indicated that less than daily use can be effective if properly timed around sexual encounters, but as noted above such uses have not yet been approved by the FDA.