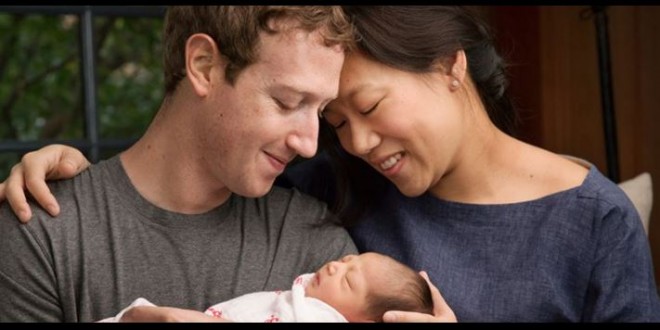 In an open letter to their newborn baby girl, Mark Zuckerberg and his wife have announced that they are donating 99% of their Facebook stock to charity. The couple made their promise official today in a filing with with the Security & Exchange Commission.

“On December 1, 2015, our Founder, Chairman and CEO, Mark Zuckerberg, announced that, during his lifetime, he will gift or otherwise direct substantially all of his shares of Facebook stock, or the net after-tax proceeds from sales of such shares, to further the mission of advancing human potential and promoting equality by means of philanthropic, public advocacy, and other activities for the public good. For this purpose, Mr. Zuckerberg has established a new entity, the Chan Zuckerberg Initiative, LLC, and he will control the voting and disposition of any shares held by such entity.”