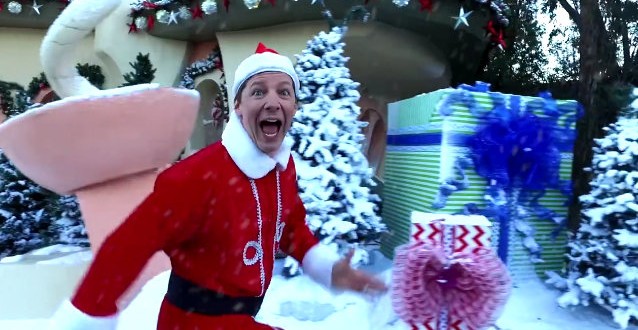 Over 1.5M views on Facebook already. Via Gossip Cop:

Sean Hayes is celebrating the holidays with a brand new lip sync video. See the actor’s rendition of “Jingle Bells” below!

The video takes place on Christmas morning with Hayes pouring an enormous amount of sugar into his cup of coffee. He then discovers a plethora of desserts on his kitchen table, including pies, cookies, cupcakes and candy, and proceeds to eat all of them.

Now on a major sugar rush, Hayes enthusiastically lip syncs “Jingle Bells” while dressed as Santa Claus. At one point, the actor begins tripping and enters a psychedelic world of desserts, set to the song “Aquarius” from the Broadway show Hair.

If the clip won’t display below for you, hit the link to watch it on Facebook.