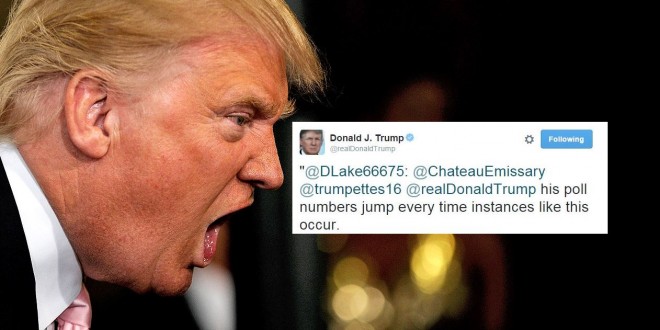 Trump Celebrates: Mass Murder Helps Me In The Polls

Donald Trump’s retweeting habits leave something to be desired. His retweets have managed to insult Iowans, pass along bogus statistics that suggest blacks kill whites at an alarming clip and have featured an image of Jeb Bush with a swastika. Early Thursday morning, Trump did it again. This time, he retweeted a supporter who pretty clearly appeared to suggest that the shootings in San Bernardino, Calif., on Wednesday — shootings that killed 14 and injured 17 — would help Trump’s “poll numbers.”

Trump, unfortunately, is correct. You may recall that on the night of the Paris attacks, Ann Coulter tweeted, “Donald Trump was elected tonight.”