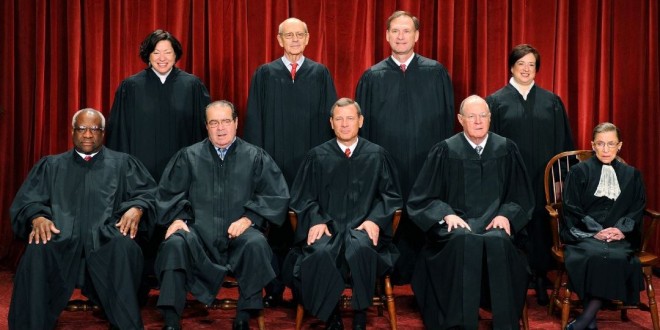 In an interview published yesterday by Bloomberg, Ted Cruz vowed that upon election he’ll begin the work of stacking the US Supreme Court with right-wing appointees who have a “long paper trail” of conservative values. From the interview:

While the stark divisions between the types of justices preferred by modern Democratic and Republican presidents are well-known, Cruz argued that within the GOP, some candidates—namely him—would fight for more conservative nominees than others.

His goal? To match Democrats’ “nearly perfect record” of picking justices who vote reliably with their movement. “The Republicans have an abysmal record. We bat about .500,” he said. “About half of the nominees Republicans have put on the court have not just occasionally disappointed but have turned into absolute disasters.”

As examples he cited Justices William Brennan, Earl Warren, John Paul Stevens, David Souter, and Harry Blackmun. All were appointed by Republican presidents and sided with liberal justices on some important issues; Warren and Stevens went on to become leaders of the court’s liberal wing.

Driving east in his car after a campaign stop near Iowa City, the accomplished Supreme Court litigator and former Texas solicitor general said he’d only settle for “rock-ribbed conservatives” who have “a long paper trail as principled conservative jurists.” His ideal contender would be someone who has refused to bow to pressure, rather than a “stealth candidate” without a demonstrable conservative record.

Cruz’ SCOTUS appointments could mean the repeal of same-sex marriage, Obamacare, and other progressive victories achieved in recent decades. He tells Bloomberg that he also wants to use SCOTUS to end minimum wage laws and dissolve federal oversight of the environment.

Previous Ted Cruz: I’ll Have Trump Build My Wall
Next Trump Celebrates: Mass Murder Helps Me In The Polls