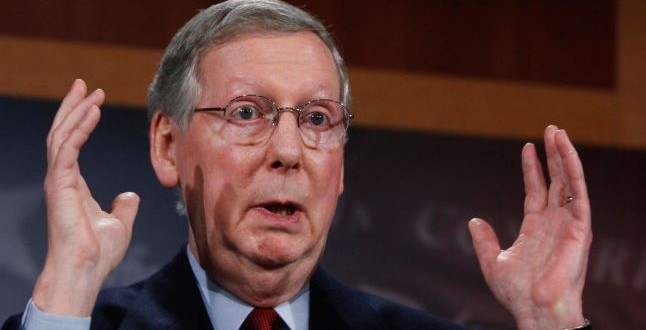 This one will actually get to Obama’s desk. The Hill reports:

The Senate on Thursday passed legislation repealing the core pillars of ObamaCare, taking a major step toward sending such a bill to the president’s desk for the first time. Republicans hailed it as a political messaging victory and a fulfillment of their promise from the 2014 midterm election to force President Obama to veto the landmark healthcare reform law named after him.

The measure passed 52 to 47 after the Senate voted to significantly strengthen the bill originally passed by the House and brought straight to the floor by Majority Leader Mitch McConnell (R-Ky.). The House will need to approve the amended legislation before it can be sent to the White House.

Thursday’s vote was a major event in the Senate, as Democrats never allowed a standalone vote on an ObamaCare repeal bill when they controlled the chamber. Democrats were also unable to block the GOP measure, which was brought to the floor under budget reconciliation rules that prevented a filibuster.

Normally this would be the top story on Breitbart this morning. But they’re still too busy celebrating San Bernardino.