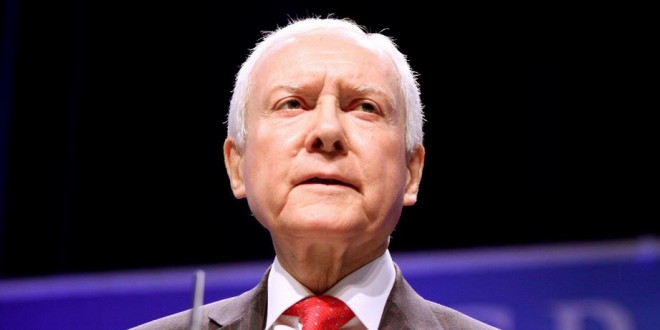 Sen. Orrin Hatch: The Wall Of Separation Between Church And State Must Come Down

“Our history tells us that faith and public life are complementary parts of American life. But invocation of the “wall of separation” between church and state has become shorthand for a particular narrative about the history and status of religion in American life. This narrative is wrong.

“Such an approach undermines religious liberty and limits the ways in which faith enriches our society. It counsels government to avoid any perceived entanglement with religion — not only denying religious organizations the same opportunities afforded to secular counterparts, but limiting also accommodation of religious practice at the core of the right to free exercise. It tells the religious believer that in order to participate fully in public life, he should cabin and hide his religious devotion.

“While the addition of principled jurists to the court has turned momentum against previous excesses, the thrust of the court’s misguided establishment clause jurisprudence remains dominant. As we seek to protect religious liberty for future generations, we must restore a proper relationship between faith and public life.” – Sen. Orrin Hatch, in a Washington Times column titled “The Wall Of Separation Between Church And State Must Come Down.”

Previous Ted Cruz: It’s Undeniable That The Overwhelming Majority Of Violent Criminals Are Democrats [AUDIO]
Next THE PHILIPPINES: US Marine Found Guilty In Murder Of Transgender Woman [VIDEO]