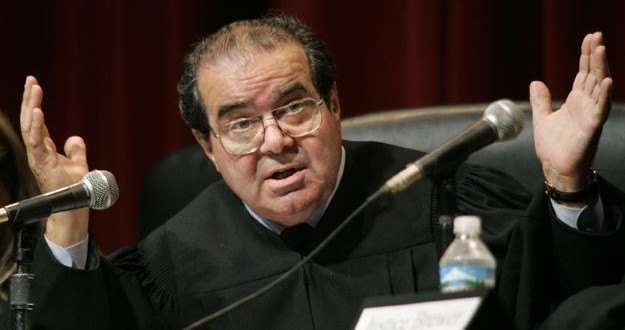 “There are those who contend that it does not benefit African­ Americans to get them into the University of Texas where they do not do well, as opposed to having them go to a less­-advanced school, a slower-­track school where they do well,” he said. “One of the briefs pointed out that most of the black scientists in this country don’t come from schools like the University of Texas.”

The comments came during arguments in Fisher v. the University of Texas at Austin, which stems from the lawsuit Abigail Fisher brought against the school after she was denied admission in 2008. Fisher, a white woman, argues that UT’s consideration of race in its admissions process violated the Equal Protection Clause under the 14th Amendment, particularly because a state law guaranteeing admission to students who graduate in the top 10 percent of their high school class was created specifically to address diversity.

Scalia went on to say that the country’s black scientists go to “lesser schools where they do not feel that they’re being pushed ahead in classes that are­­ too fast for them.”