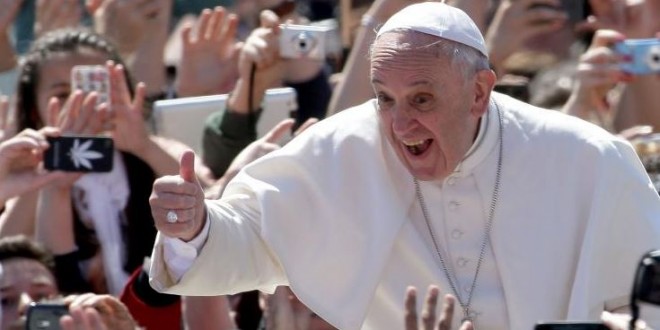 This didn’t work out like everyone was promised, did it? The Morning Call reports:

Despite early assurances that the World Meeting of Families would incur all costs for the papal visit, Philadelphia city officials said Wednesday that taxpayer dollars will cover nearly half the costs — about $8 million — related to the event. The city spent $17 million on the visit of Pope Francis in September, according to the city’s budget director, most of it to cover police and fire services. The city has sent a bill to the World Meeting of Families seeking nearly $9 million.

City Controller Alan Butkovitz — a frequent critic of the mayor — said the amount being billed to the WMOF was far short of expectations. Mayor Michael Nutter said in an interview Wednesday that the city always intended to cover costs leading up to and following the pope’s visit as it does for parades, presidential appearances and other big events.

“What I said, what I thought I said, and certainly what I meant, is they would be billed for additional costs that went with the actual two-day event in the city of Philadelphia,” Nutter said. “There is always a distinction between what the organization pays vs. what is a part of the normal city responsibility and obligation when we have an event.”

The head of Philadelphia’s Coalition Of Reason is furious:

It isn’t like the Vatican doesn’t have the money. They could and should easily pay the $17 million. Do you know what isn’t good for families? Forcing the City to pay for their Pope out of the pockets of public education. The truth is that the World Meeting of Families doesn’t give a damn about children or families. They just care about pushing the Catholic religion. It is bad enough that they don’t have to actually pay taxes, but now they are taking our taxes away from the City and families who need it. It is immoral, illegal, and unconstitutional.