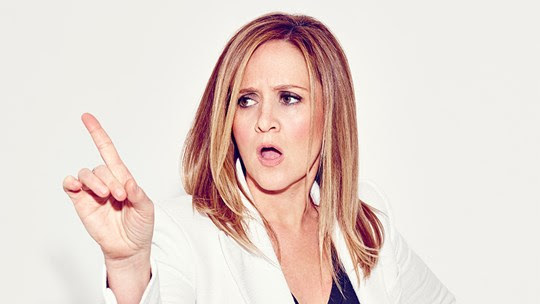 One Millions Moms Vs TBS

A new show is in the works and it has many parents pretty fired up! Coming this February on TBS Network is a new comedy program titled “Full Frontal With Samantha Bee.”

The title of this show alone is unacceptable. Even though airing later in the evening since it is a late night show, the name will appear in the TV lineup of programs scheduled and previews will air earlier during the day.

The time the program will air has not been released yet, but it will likely not be late enough considering the vile content and language included in the show. There is a sense of urgency since the promos for this new series air earlier in the evening.

TBS is pushing the envelope to the max with a suggestive title. The sexual implications do not stop with the show’s name but also continue throughout the program.

TBS is obviously going for shock value here as there are numerous options for a title and theme which would not have been as offensive. The network needs to drop plans to air the program immediately, or at the very least change the name of this new crude show. Please take a few seconds to sign the petition and share it with your friends.

Previous TRAILER: Fuller House
Next FBI Tweet: No, We Didn’t Seize That Wu-Tang Clan Album When Arresting The Pharma Douche