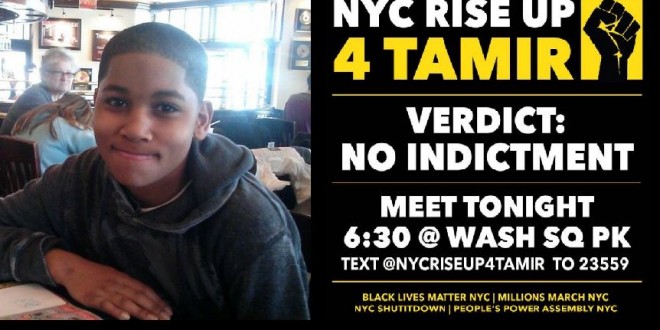 An Ohio grand jury has decided not to return an indictment in the 2014 police shooting death of 12-year-old Tamir Rice, prosecutor Tim McGinty said Monday. A recent FBI video analysis shows Tamir “was drawing his gun from his waist as the police slid toward him and Officer Loehmann exited the car,” McGinty said. After the shooting, officers discovered it was a toy gun.

To charge Officers Timothy Loehmann and Frank Garmback even in a situation that was “undeniably tragic,” McGinty said, “the state must be able to show that the officers acted outside the constitutional boundaries set forth by the Supreme Court of these United States.” “Simply put: Given this perfect storm of human error, mistakes and communications by all involved that day, the evidence did not indicate criminal conduct by police.”