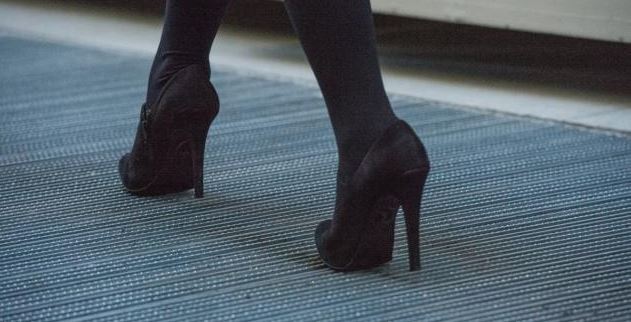 Answering the prayers of stiletto-wearers everywhere, the MTA announced plans Tuesday to install “high-heel friendly” grates on some sidewalks. The former grates allow for heat and exhaust to escape from the underground tunnels, but the wide slots trap and destroy some styles of shoes. All kinds of residents (women, men and even dogs) avoid these heel (or feet!) traps.

“In order to be easier to navigate for those wearing high-heeled shows, the sidewalk ‘high-heel friendly’ grates are made with slip-resistant surfaces and the openings between the cross-bars are only a half-inch wide,” the MTA said.

The local Fox affiliate this morning quizzed several women about the new grates and all agreed that women wearing the narrowest heels will continue to fall through.