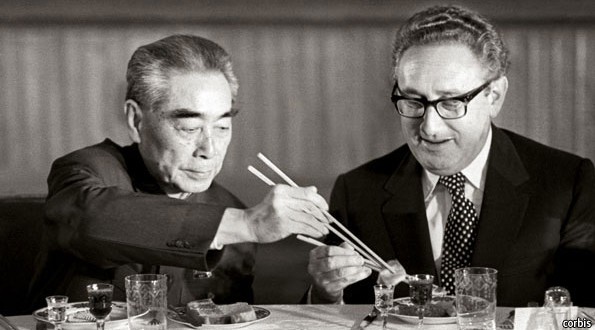 A book to be published in Hong Kong in the new year says Zhou Enlai, Communist China’s much-respected first premier, was probably gay despite his long marriage, and had once been in love with a male schoolmate two years his junior.

It is a contention certain to be controversial in China, where the Communist Party likes to maintain its top leaders are more or less morally irreproachable and where homosexuality is frowned upon, though no longer officially repressed.

The Hong Kong-based author, Tsoi Wing-mui, is a former editor at a liberal political magazine there who has written about gay-themed subjects before though this is her first book.

She re-read already publicly available letters and diaries Zhou and his wife, Deng Yingchao, wrote, including ones that detailed Zhou’s fondness for a schoolmate and emotional detachment from his wife, to conclude that Zhou was probably gay.