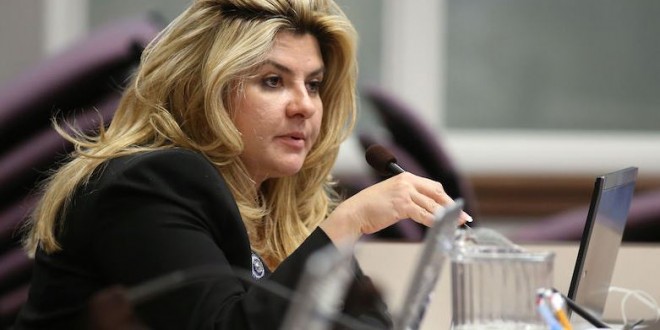 Nevada GOP Assemblywoman Michello Fiore went viral in the last week with her holiday card which features every member of her family clutching guns. Today we learn that she would just love to “put a piece of brass” in the heads of Syrian refugees. Via Talking Points Memo:

“What–are you kidding me? I’m about to fly to Paris and shoot ‘em in the head myself!” Fiore said she told Muth when asked why she didn’t join the statement on Syrian refugees. “I am not OK with Syrian refugees. I’m not OK with terrorists. I’m OK with putting them down, blacking them out, just put a piece of brass in their ocular cavity and end their miserable life. I’m good with that,” she continued. Fiore added that the Republican caucus never asked her to sign on to their letter.

Jesus is love, you guys. Fiore, by the way, is running for Congress. Check out her nutso 2016 calendar.