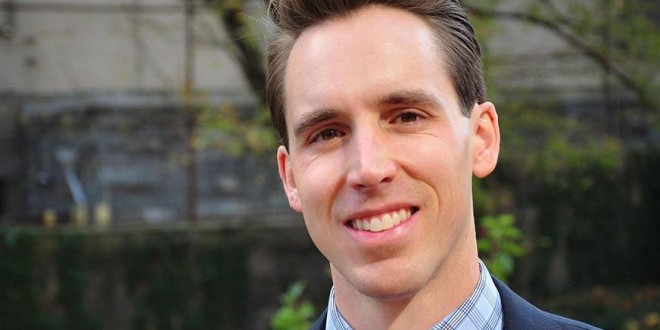 In Missouri, as in many other states, it’s already completely legal to refuse to serve LGBT citizens as no such protections exist in state law. But that’s not good enough for GOP state attorney general candidate Josh Hawley. The Columbia Daily Tribune reports:

Hawley wrote to legislative leaders urging them to pass exemptions for ministers, churches and businesses that do not want to participate in same-sex ceremonies. Hawley said his proposals are intended to provide “targeted protections” for people with “sincerely held religious beliefs.”

“There needs to be a line at participation in a ceremony or a closely related event,” Hawley said. He said the goal is not to create protections for general business owners who don’t want to serve same-sex couples.

Lawmakers return to work Jan. 6. Some conservative legislators and religious-advocacy groups are working on proposals related to the [Obergefell] ruling but question whether action is necessary to give churches the right to reject requests to perform marriages for or open their doors to same-sex couples. Advocates for expanded anti-discrimination protection said current law does not require businesses to serve homosexuals or transgender customers.

“Unfortunately, Missouri does not protect same-sex couples or transgender people in any public accommodation,” said Steph Perkins, interim executive director of PROMO, a gay, lesbian and transgender rights group based in St. Louis. “No one should have the right to discriminate based on sexual orientation or identity.”

Hawley is an associate law professor at the University of Missouri.