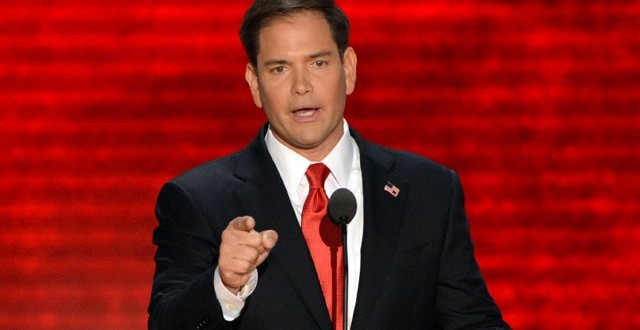 Rubio made the remarks during Thanksgiving week in the same interview with the Christian Broadcasting Network in which he said the U.S. Supreme Court’s decision in favor of same-sex marriage is “not settled law.” The media outlet didn’t publish the portion of the interview in which Rubio talked about Obama’s order until Saturday.

After being questioned about maintaining religious freedom in the United States, which is considered code by conservatives to mean enabling anti-LGBT discrimination, Rubio said “there’s no doubt that we need to be extra vigilant now” about protecting religious liberty.

Rubio went on to vow to reverse Obergefell via Supreme Court appointments.

Previous NETHERLANDS: Gay Refugees Moved To Separate Housing After Attacks By Fellow Refugees
Next Fox Analyst: Obama Is “Such A Total Pussy” [VIDEO]