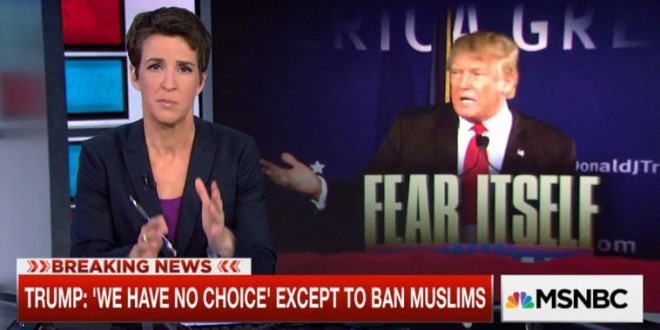 In last night’s report about Donald Trump’s call to ban all Muslims from entering the United States, Rachel Maddow wondered if Trump is purposely trying to “blow up his presidential campaign.” Maddow: “Is he trying to get himself effectively kicked out of the Republican party so there’s no longer a threat he might actually get nominated as that party’s nominee for president or, God forbid, that he might win the office?” Watch below.