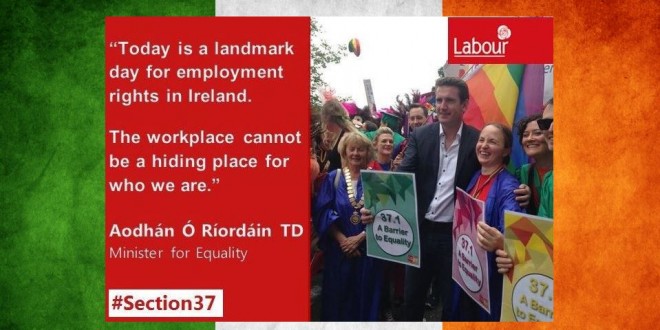 Big news for LGBT teachers in Ireland, where the Catholic Church runs most public schools. From the Irish Journal:

The Dail has passed a Bill that will make it illegal for religious-run schools to discriminate against LGBT teachers over their sexuality. The Equality (Miscellaneous Provisions) Bill 2013 amends the provisions of Section 37(1) of the Employment Equality Act. It has already passed through the Seanad, and will now go to the President for signing. Section 37 allows for discrimination against workers based on their family status and sexual orientation.

We are delighted that this Bill has passed all stages in the Dáil tonight. This Bill is the key piece of the legislative map that will allow LGBT people to be themselves, get married and have a family without a threat to their job if they work in a religious run institution.