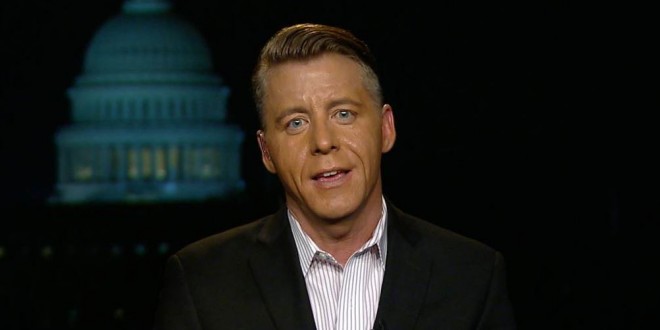 After years of mocking progressives and the gay left, (possibly reformed) homocon GOProud co-founder Jimmy LaSalvia says he is voting for Hillary Clinton. Via the Washington Blade:

Jimmy LaSalvia, author of “No Hope” and political commentator who has bolted the Republican Party, declared his support for Clinton as “an independent voter and former GOP activist” in an op-ed for the Huffington Post. “The ability to empathize with people who aren’t like they are is the most important trait a president can have in a country as diverse as ours,” LaSalvia writes. “Clinton is the only major contender who has demonstrated that ability.” LaSalvia said he disagrees with Clinton on a number of issues, but “no free-thinking American agrees with their candidate on every issue.” As a gay activist, LaSalvia said “any candidate who advocates treating some Americans differently under the law is unacceptable,” adding Clinton is the only candidate to fit that mold.

Ever since GOProud collapsed upon itself in a cloud of angry and impotent fairy dust, LaSalvia has spent his time putting distance between himself and his bitter homocon roots, first declaring in January 2014 that he had left the GOP to become an “unaffiliated” voter.

But lest anyone forget, it was GOProud who gave Donald Trump his initial foothold into politics when LaSalvia and his cohort Chris Barron engineered Trump’s 2011 appearance at CPAC, the annual LGBT-bashing festival of right wingers.

Below are just a handful of LaSalvia’s tweets from GOProud’s brief and tortured existence.