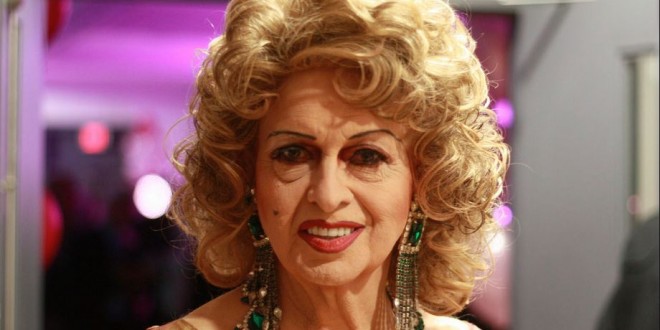 As she twirls around a stage belting out Doris Day lyrics, you’d never think Michelle DuBarry is 84. But along with her birthday this week came the title of World’s Oldest Performing Drag Queen. Russell Alldread — Michelle is his alter ego — dressed in drag before he knew what the word meant, before RuPaul and before Toronto’s gay community could surface. “It was all underground,” said Alldread, who moved to Toronto in the 1950s to perform in theatre and ballet, mostly dressing as a woman and in defiance of police. The news that Michelle is the Guinness World Record holder of that title was announced to DuBarry last Tuesday in an underground bar by Max MacDonald, a friend and the one who nominated her. “Michelle represents an era that I grew up, the Dynasty era, because she’s all furs, gowns and diamonds,” he told the Star at DuBarry’s local hangout on Church St., Statlers. “That’s what set her apart.”

Hit the link for an interview with DuBarry. (Tipped by JMG reader Bob)