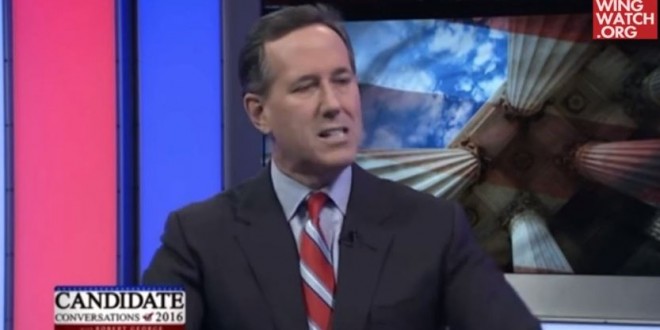 L to the O to the L. Miranda Blue reports:

In an interview with the Catholic news network EWTN broadcast on Sunday, Republican presidential candidate Rick Santorum said that, if elected, he would ignore the Supreme Court’s ruling in U.S. v. Windsor and enforce the parts of the so-called Defense of Marriage Act (DOMA) that the court found unconstitutional. Santorum also said that he would attempt to undermine the court’s ruling in Roe v. Wade by considering fetuses to be “persons” under the law.

Before the Supreme Court struck down parts of DOMA, President Obama continued to enforce the law but refused to defend it in court, saying that it was unconstitutional. At the time, Santorum called Obama’s move a “power grab” and said that deciding the law’s constitutionality was the “province of the Supreme Court.”