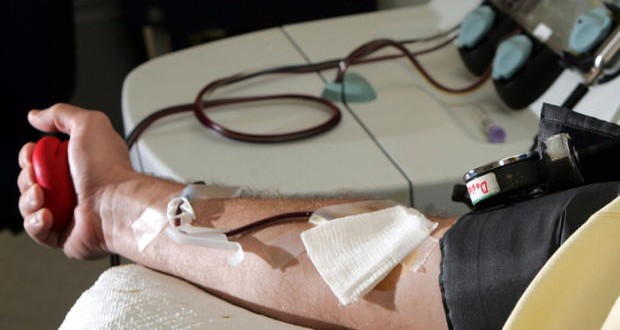 The nation’s three-decade-old ban on blood donations from gay and bisexual men was formally lifted Monday, but major restrictions will continue to limit who can donate. The Food and Drug Administration said it is replacing the lifetime ban with a new policy barring donations from men who have had sex with a man in the previous year. While the one-year-ban has been criticized by activists it matches policies in other countries, including Australia, Japan and the U.K

“This new policy prevents men from donating life-saving blood based solely on their sexual orientation rather than actual risk to the blood supply,” said David Stacy, HRC’s Government Affairs Director. “While it’s a step in the right direction toward an ideal policy that reflects the best scientific research, it still falls far short of a fully acceptable solution because it continues to stigmatize gay and bisexual men. It simply cannot be justified in light of current scientific research and updated blood screening technology. We are committed to working towards an eventual outcome that both minimizes risk to the blood supply and treats gay and bisexual men with the respect they deserve.”