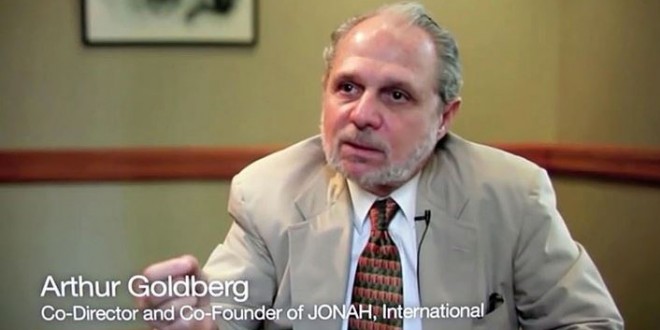 Ex-Gay Torture Group JONAH: The Court Has Ordered Us To Shut Down So Send Us Money

Two weeks ago a New Jersey court ordered the dissolution of the ex-gay torture group JONAH and for them to pay an undisclosed settlement to their victims. Today we get this money beg via Equality Case Files:

First, we would like to thank our many friends for their kind words and consistent financial support, which have been pouring in since we received the unjust and unwarranted verdict in Ferguson vs JONAH from the NJ Courts this past June. Your encouragement and good wishes have kept us going in spite of the often negative and blatantly false publicity that appears all over the media.

The NJ Court delivered its final judgement on December 18th. Under the order, JONAH must permanently cease operations, including providing referrals and operating its website and listserv. That means that our site, www.jonahweb.org, will no longer be available online after mid- January 2016, and neither of us will be permitted to give referrals to strugglers who call or email with requests for help. JONAH is required to dissolve as a corporate entity and liquidate its assets by the middle of May.

We are also required to pay a portion of the plaintiffs’ legal fees. We hope that our supporters will help us offset these costs by clicking here to give via PayPal or by mailing donations to JONAH, Inc, PO box 313, Jersey City, NJ 07303. JONAH’s bank account will be open to accept donations until mid-May 2016.

The tragic miscarriage of justice which occurred in the JONAH case reflects the near triumph of political correctness and the gay activist agenda in the USA. We long for the day when the outcome in the JONAH case will be recognized as one of the greatest miscarriages of justice in modern history. So many of the court’s outrageous pre-trial rulings, such as not allowing our six defense experts to testify, the equally outrageous rulings that calling homosexuality “disordered” violates the consumer fraud act, and the ruling during the trial which prohibited our attorney from arguing our freedom of religion 1st Amendment rights, ended any real chance for a fair trial and verdict. However, we fervently believe that the Torah’s traditional values on sexuality and the family will triumph in the end because these universal laws produce the most just societies which, in turn, offer G-d given truths for all humanity to follow.

The case against JONAH was brought by the SPLC. JONAH was defended by a legal group chaired by former NOM president Maggie Gallagher.

But wait – these con men aren’t totally going away! Uh, they’re going to establish a court system to punish blasphemers? Jesus fucking Christ, how is that gonna work?

NOTE: At this writing Disqus appears to be down on all sites. Stand by…

Previous Scamvangelists: Jesus Gave Us A Private Jets So We Don’t Have To Fly With Demons [VIDEO]
Next Happy New Year, JMG Community!