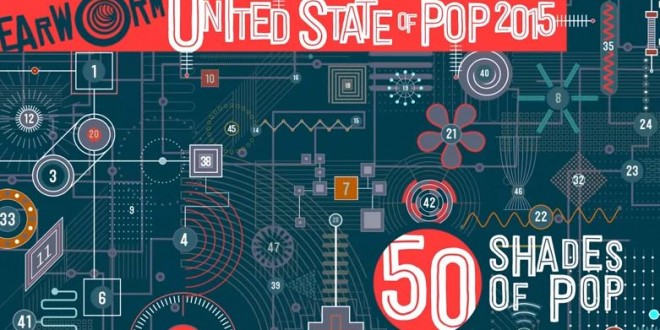 Each year since 2007, DJ Earworm (real name Jordan Roseman) has taken the biggest tunes of the year and combined them into one ultra-catchy, viral-ready mash-up called “The United State of Pop.” This year, the challenge got even more involved: Instead of the top 25 tunes like in years’ past, Roseman would do a mash-up with 50 of the tunes that defined 2015. The result is “50 Shades of Pop,” a five-minute jam that highlights everything from Justin Bieber to Drake. It’s no surprise that Taylor Swift, who ruled the charts all year with various tracks off 1989, sees many of her tunes as part of the megamix.

DJ Earworm says that pop music went through a “softer phase” this year and his mashup feels like a “return to adult contemporary.”