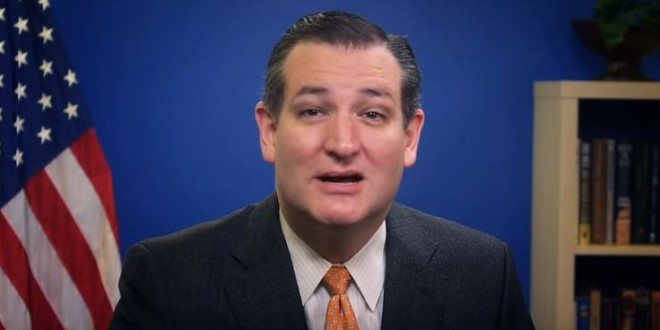 The GOP front-runners are reloading in their defense of the gun lobby after the latest mass shooting. Sen. Ted Cruz (R-Iowa) pushed forward with unveiling his “National 2nd Amendment Coalition” at a shooting range in Iowa, mocking those who call him “insensitive” for defending guns after the San Bernardino massacre. “I really don’t view our job as being sensitive to Islamic terrorists,” he said. Joining him was the head of a pro-gun group that sees the National Rifle Association as too weak on the second amendment. “Ted Cruz is truly an American hero,” declared Gun Owners of America President Tim Macy.