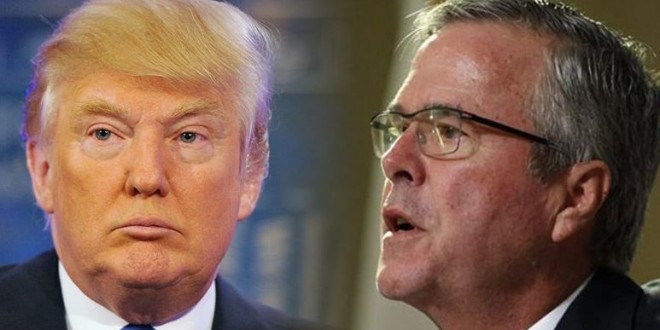 Well, it wouldn’t be boring. The Hill reports:

Jeb Bush on Monday challenged Republican front-runner Donald Trump to a one-on-one debate. Speaking to a gathering at the Forum Club in Palm Beach, Fla., Bush was asked by the moderator what he would say to Trump if he were to walk in the room at that moment. “Donald, I’ll take you on one-on-one in a debate, any time, any place,” Bush said. “You name it and I’ll do it.” Bush has been on the attack against Trump in recent weeks.

Trump has not yet responded.

Previous Rafael Cruz: The US Constitution And Declaration Of Independence Were Pretty Much Written By Jesus
Next OREGON: Anti-Gay Bakery Finally Pays Up